It is safe to say that Tom Cleverley is not the most popular Manchester United player among the club’s fans.

Despite being frequently criticised last season, the 13-time England international seems to be “raring to go” ahead of the new campaign, according to a tweet from United’s official Twitter account on Thursday morning.

Unfortunately, the responses to the below tweet were not as positive as Cleverley’s message… 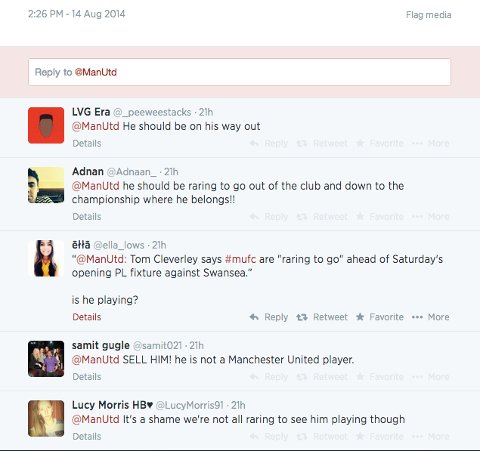