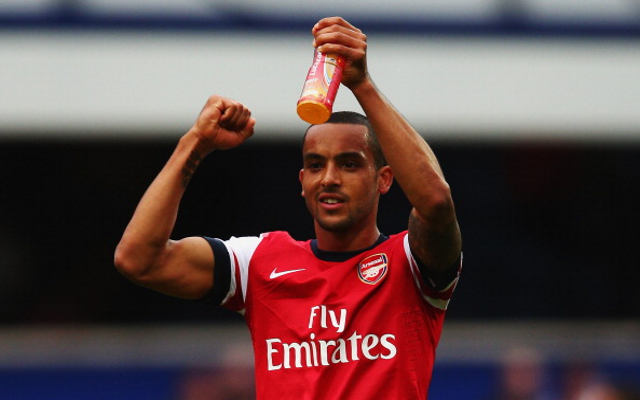 Theo Walcott has not played for Arsenal since being carried off on a stretcher during a 2-0 win over rivals Tottenham Hotspur in the FA Cup in January.

The speedster’s knee injury ruled him out for the remainder of last season, as well as England’s 2014 FIFA World Cup campaign.

However, he is now back in training and his recovery has stepped up so much that he can now sprint again.

Teammate Alex Oxlade-Chamberlain uploaded the below video to Instagram on Friday.

The Ox accompanied the vid with the message: “This is what I like to see! My big bro @theowalcott getting stronger everyday through his rehab…Can’t wait to have him back playing, he’ll give us another big boost!!”

Walcott is unlikely to feature in Arsenal’s Premier League opener against Crystal Palace.