There will be a disillusioned atmosphere among many Manchester United fans today, following their 2-1 defeat by Swansea City. But should there be?

Take a look at the results from the first league matches of five United managers, and see how they compare: 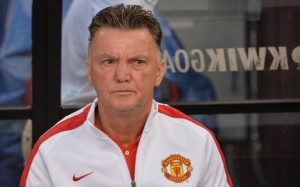 Manchester United lost their opening match of the season at Old Trafford for the first time since 1972, as Louis van Gaal’s new look team, playing in a 3-5-2 formation, were humbled by Swansea City. Wayne Rooney cancelled out Ki Sung-yeung’s opener, before former Tottenham midfielder Gylfi Sigurdsson tapped in a winning goal 18 minutes from time.