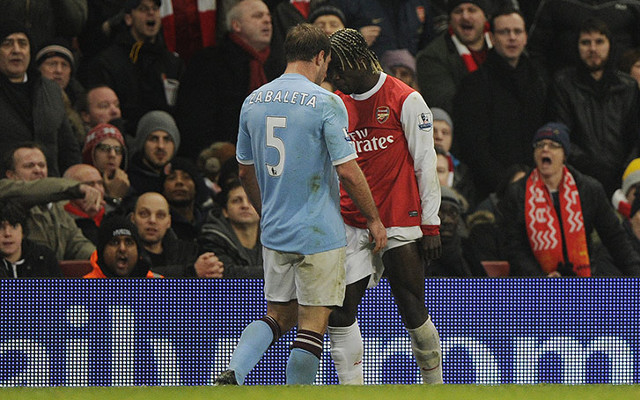 In 2011, playing for Arsenal and Manchester City respectively, Bacary Sagna and Pablo Zabaleta were involved in an angry bust-up and both were sent off late on in a 0-0 draw.

Sagna has since joined Zabaleta at the Etihad Stadium, where both players will compete for the right-back spot in Manuel Pellegrini’s team.

Despite their new rivalry, Sagna has apologised to the Argentina international.

“I’ll say I was wrong,” he told reporters. “It’s in the past. I made a mistake and I apologise.

“I understand Spanish and he said something. He didn’t mean to say it to me but I took it personally – I lost the plot.

“It was a very emotional day for me. I had just lost my brother and was not in a good frame of mind.

“It’s one of the only times I have lost my cool, but I had just lost someone in my family. I didn’t talk to anyone and kept everything inside, so when it happened I just went crazy. I was too upset to talk to him after the game.”