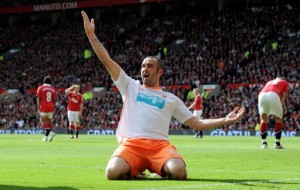 Premier League newcomers Blackpool made the dream start to their Premier League campaign as they thrashed Wigan Atheltic in their own stadium. Gary Taylor-Fletcher, Marlon Harewood and Elliot Grandin had the Tangerines three up by half-time, before Alex Baptiste complete the rout late on for Ian Holloway’s side. However, it was the opening day victors that would go on to be relegated, while the Latics survived for another year.