Five wingers United could sign as alternative to Madrid star.

With the news that Real Madrid have no plans to sell Angel Di Maria to Manchester United this summer, Louis van Gaal must look elsewhere to solve his side’s problems on the flanks.

The Red Devils got off to a nightmare start in the Premier League this season with a 2-1 opening day defeat to Swansea City at Old Trafford on Saturday, leaving van Gaal to rue his side’s poor work in the transfer market so far.

Only Ander Herrer and Luke Shaw have been brought in to the club, with signings still needed in defence and midfield before the transfer deadline, though Di Maria now looks like being out of reach.

With that in mind, CaughtOffside looks at five alternatives to the classy Argentine in the wide areas, with targets for Liverpool, Arsenal and Chelsea included. 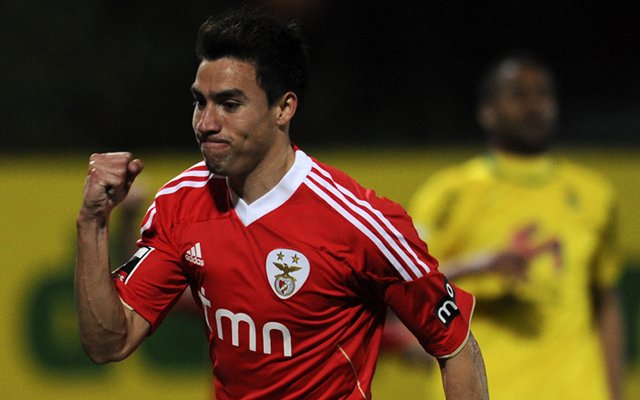 A top performer for Benfica in the Portuguese top flight in recent years, it is no surprise that Nicolas Gaitan has been linked with a host of top clubs in recent years. The Argentine missed out on a place in his country’s World Cup squad this summer, and could therefore be keen to move to a more competitive league. The likes of Liverpool and AS Monaco have been his main suitors this summer, but United would certainly do well to bring him in and improve on the current crop of wide players currently on the books at Old Trafford.