The teenager finds the best way to respond to criticism.

New Manchester United signing Luke Shaw showed many footballers the best way to deal with stories about them on Twitter by taking British newspaper the Mirror head on.

After being accused of going on a night out by the paper’s account the 19-year-old directly responded to them.

Shaw became the most expensive teenager in British transfer history this summer after completing a £27m move from Southampton. 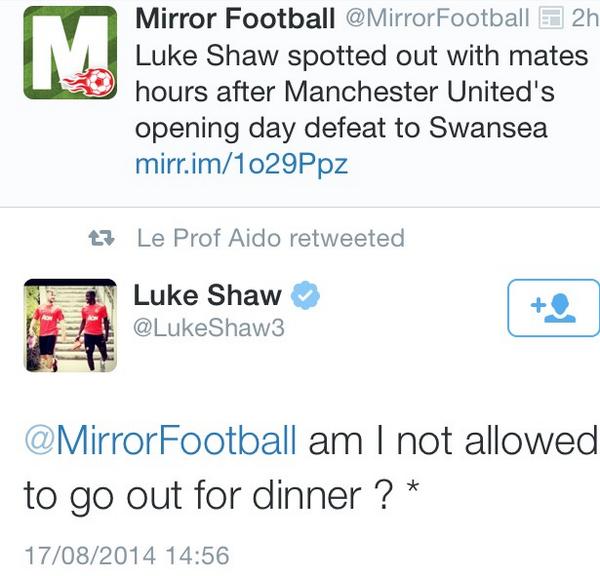