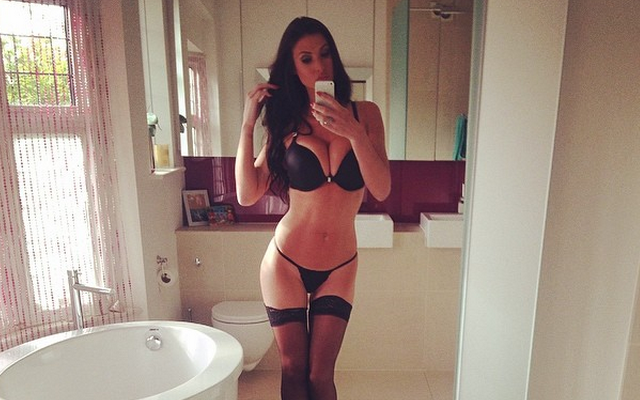 More than 50 snaps of the busty babe, including a stunning topless pic.

Alice Goodwin is one of the most active football WAGS on Instagram.

The sexy glamour model, who married former Arsenal and Liverpool winger Jermaine Pennant earlier this year, loves to use the social media site to upload hot images of herself wearing very little.

We have compiled 50+ of her most sizzling snaps.