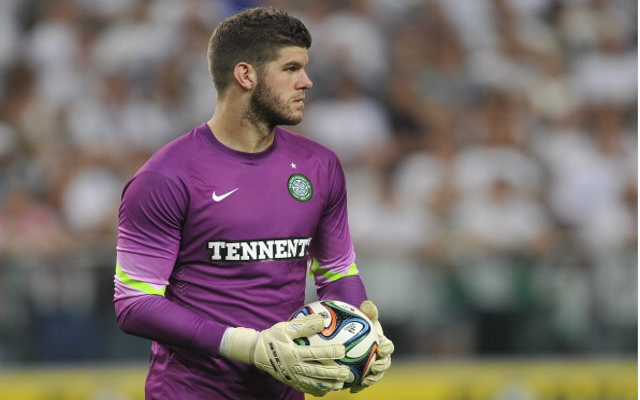 The 26-year-old stopper, who came from the Newcastle United academy setup, travelled to Brazil with Roy Hodgson’s squad this summer – but was third choice behind Hart and West Brom’s Ben Foster.

However, new Saints boss Koeman is backing Forster to improve on his two international caps in the near future: “It’s a big challenge to play in the Premier League but, if he does well, it’s easier to be first choice for England,” he said in an interview.

Forster kept 13 cleans sheets in the SPL last season, and made 197 appearances in total for the Scottish giants during a four-year spell, before making his Premier League debut against Liverpool on Sunday.

“He’s got a good personality. He’s very tall. If you see him in goal you’d think it’s difficult to beat him. He’s also a very good passer,” Koeman added.

Manchester City man Hart has been the undisputed England number one for several years, but faces a fight to keep his place with the Premier League champions following the arrival of Willy Caballero.