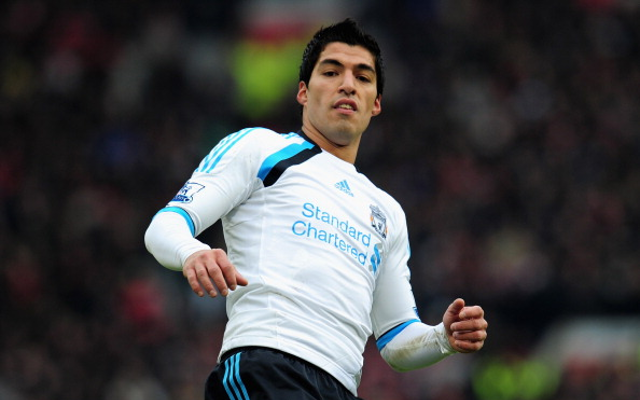 Suarez sent the text before the Reds’ win over Southampton.

Liverpool manager Brendan Rodgers has revealed that he was sent a good luck message by former striker Luis Suarez ahead of the Reds’ opening game of the season, a scrappy 2-1 victory over Southampton at Anfield, report the Mail.

Suarez left Anfield to join Barcelona for a huge fee this summer, but it seems as though the controversial Uruguayan has not forgotten his former club after sending the “lovely” message to Rodgers.

Rodgers said that he replied to Suarez’s message, and was generally gushing about the player who had top scored for the Reds since his arrival from Ajax:

“I sent one back. He’s a good boy but he’s gone. His heart is with Liverpool. He’ll always be Liverpool and it was a lovely touch.”

Liverpool did alright without the influence of their former striker, having been able to edge past Southampton 2-1 at Anfield in their opening match of the season, but will have to improve on a scrappy and fractured display as the season develops.

Suarez, meanwhile, has finally been allowed to train with Barcelona after the terms of his ban for biting Italian defender Giorgio Chiellini at the World Cup were relaxed, and could make his debut in a friendly on Monday evening.