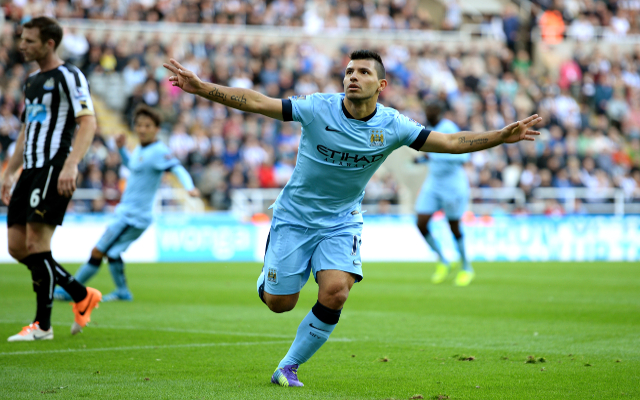 Yet another fan on the pitch.

It has been a weekend of pitch invaders in the Premier League, with one at West Ham United’s match against Tottenham Hotspur yesterday even managing to force the Hammers’ ‘keeper into a save from a set piece.

Another uninvited visitor made it onto the pitch at the end of Sunday afternoon’s match between Newcastle United and Manchester City, managing to land a kiss on City striker Sergio Aguero, who scored his side’s second goal.