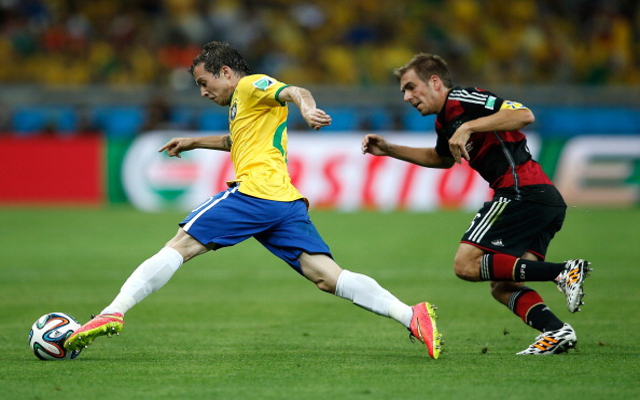 Emirates Stadium side could bring in talented winger on a short term deal.

Arsenal have been offered the chance to sign highly-rated Brazilian winger Bernard on a season long loan according to the Daily Mirror.

Ukraine side Shakhtar Donetsk have made the 21 year old available after experiencing ongoing issues with the youngster and it’s an option Gunners boss Arsene Wenger may well consider.

The youngster’s attitude has been questioned and a source at the club suggests a temporary move is likely, stating;

“But to let him go for free or for pennies won’t work. The club will not allow it,”

“In such a situation it is better to give the Brazilian a one year loan.

“If Bernard is able to establish himself well [at another club] Shaktar will then be in a better position to negotiate a subsequent sale.”

Bernard has refused to return to training following his World Cup exertions, a decision a number of the club’s top talents have made due to the instability in the region.

Arsenal could well do with a further attacking addition and there is no denying Bernard’s obvious ability and a short term move does then at least represent less of a risk than forking out a large sum to bring in the player permanently.

Given that Theo Walcott is still to return from injury and with Lukas Podolski struggling with fitness throughout last term there is perhaps scope for an additional wide attacker not least as Santi Cazorla was fairly abject in Arsenal’s opening day win over Crystal Palace.

Bernard was part of Brazil’s World Cup squad over the summer, playing three matches in the tournament including starting his side’s semi-final against Germany.