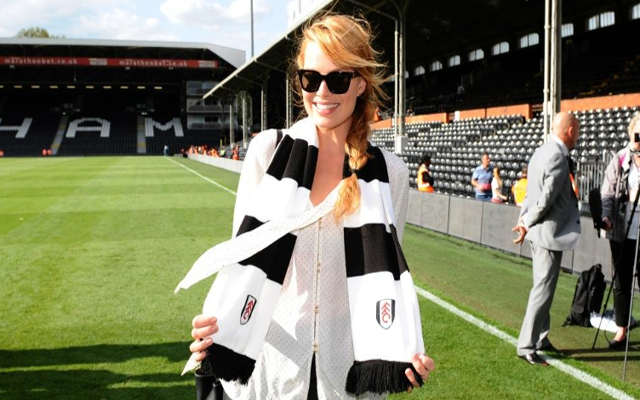 Margot Robbie is a Fulham fan…

Margot Robbie, the stunning 24-year-old Australian actress who has starred in films such as About Time and The Wolf of Wall Street – is a Fulham fan.

The former Neighbours star was at Craven Cottage on Saturday to see her team play, with the home side losing 1-0 to Millwall. It’s not been a great start to the season for the recently relegated London side, who sit just outside in the relegation zone of the Championship, having lost both their games so far.

Nice to see @MargotRobbie at the Cottage on Saturday, see you again soon! #FFC pic.twitter.com/uwamUjhIvt