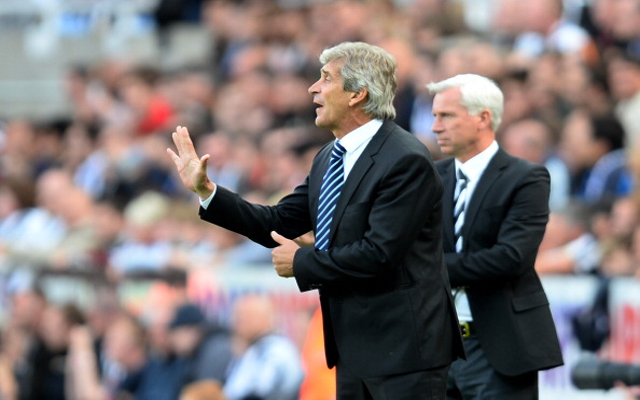 Man City boss Manuel Pellegrini has informed four of his first team squad that they are not part of his plans and will look to sell the quartet before the transfer window closes according to the Daily Express.

The Etihad Stadium boss has a massive squad and a need to balance the books for the sake of adhering to UEFA’s FFP (Financial Fair Play) guidelines will lead to the Premier League title holders perhaps accepting reduced offers so nas to secure quick sales.

Serbian youngster Matija Nastasic, who put in an atrocious performance in the Community Shield clash with Arsenal earlier this month, is one of those set for a summer exit with Juventus surprisingly keen on the 21 year old.

English pair Micah Richards and Scott Sinclair are also being made available having been little more than bit-part players in recent seasons.

Swedish forward John Guidetti makes up this list of exit bound stars and the youngster may well crave a fresh start having spent four seasons attempting to secure a reasonable chance to impress. The 22 year old enjoyed a hugely successful spell on loan at Feyenoord, netting 20 goals in 23 Eredivisie appearances in 2011/12, so perhaps a move back to the Dutch top tier is a possibility.