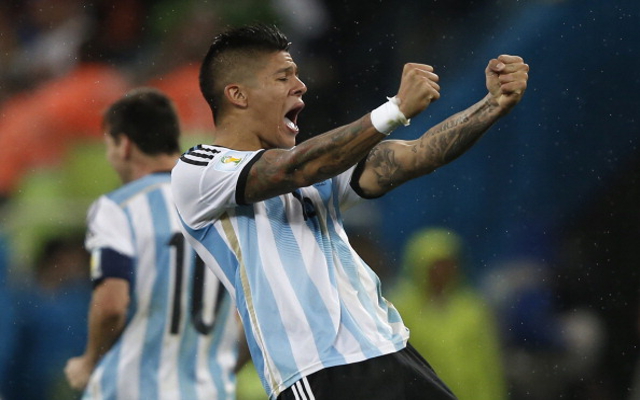 Old Trafford side set to welcome in much needed defensive addition.

The move will cost the Old Trafford side €20m (£16m) and will see winger Nani moved to the Portuguese capital on a season long loan deal.

24 year old Argentine international Rojo has been forced to apologise to his team-mates and the club’s supporters ahead of such a move after the adaptable defender attempted to force the issue by apparently refusing to train.

Man United will still cover most of Nani’s salary during his time at Sporting Lisbon and a loan deal could well lead to a permanent switch for the bit-part player.

One the subject of Rojo’s behaviour the World Cup star was quick to issue a public apology, stating in a recent interview:

“It was all a misunderstanding, I was a hothead,” he said. “I’m sorry for what happened because I feel that I was unprofessional.

“I want to tell the people that I didn’t behave correctly, but I’m am very fond of this club. They are the ones that will decide my career, and I hope it will be the best both for me and the club. But I want to stress that I’m very happy at the club, and I like the way I’m treated and the care they give me.”

Rojo can play effectively at centre-back as well as on the left-flank in either a full-back or a more attack minded wing-back role.

Indeed it is at centre-back that boss Louis van Gaal most urgently needs to strengthen with Man United having to cope with the loss of veteran pair Rio Ferdinand and Nemanja Vidic over the summer.