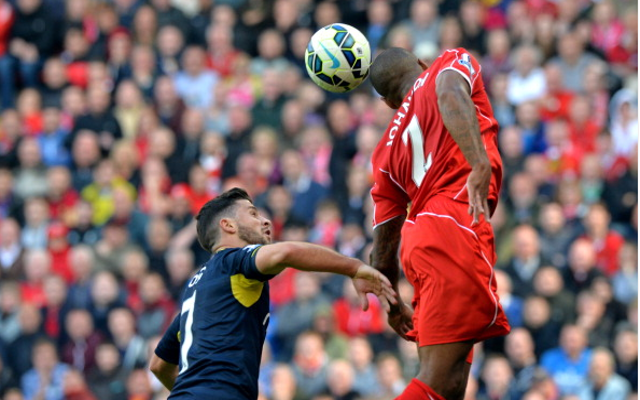 QPR boss Harry Redknapp is readying a bid for Liverpool full-back Glen Johnson as he seeks to take advantage of the player’s uncertain future at Anfield.

The 29 year old has less than a year left on his current contract and has become the target of abuse from his own supporters following a fairly average run of form over the past 18 months.

Johnson was used in his less favoured role at left-back for Liverpool’s opening match of the season against Southampton and did not impress and the arrival of Spanish international Alberto Moreno may well see the England international forced out of that spot in due course.

Redknapp is willing to stump up £7m for his former West Ham and Portsmouth charge and it’s an offer Anfield boss Brendan Rodgers may consider as he continues to spend freely in the summer transfer window.

Liverpool have several options to fill either defensive flank with the likes of the aforementioned Moreno, Jose Enrique available on the left and adaptable England youngster John Flanagan available on either side of the defence and loaned in youngster Javier Manquillo also an option on the right.

Johnson may well favour a return to London though QPR would have to offer a competitive salary as well as a long term contract to convince the defender to move to the west London club.

Redknapp has already brought in Rio Ferdinand and Steven Caulker to steady things at the back and may see experienced campaigner Johnson as a player who can further solidify his defence as he seeks to prevent a second Premier League relegation in three seasons.