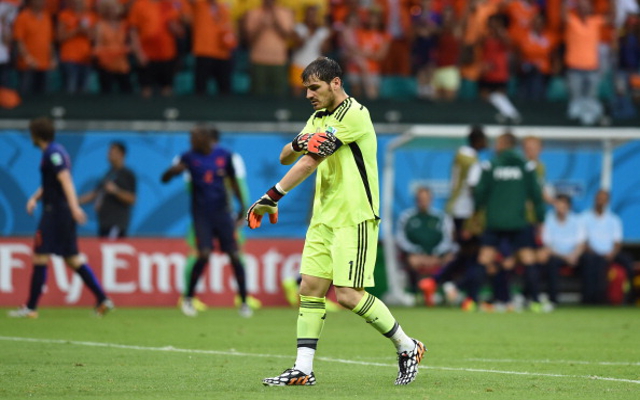 Real Madrid have reportedly set their sights on a second high-profile raid on Bayern Munich, with goalkeeper Manuel Neuer eyed as their ideal replacement for Iker Casillas, according to Bild.

The German publication claims that Casillas is looking set to move on a free transfer to Arsenal next season, with the unsettled Spaniard already under threat for his number one spot at the Bernabeu with the arrival of Keylor Navas from Levante.

The 33-year-old, who has been with Real for his entire career so far, is in the final year of his contract with the Spanish giants and has suffered something of a dip in form of late, particularly with some nightmare displays for his national side at this summer’s World Cup.

Still, Arsenal remain keen on snapping him up on a free, and his departure to the Emirates Stadium could see Madrid enter the market for a goalkeeper again, with Neuer the top of their list of priorities.

The World Cup winner has been one of the top players in the world in his position in recent times, helping Bayern Munich to tremendous success in the last couple of years before also shining for his country in Brazil this summer.

He would no doubt be expensive, but Real have a good track record of landing their top transfer targets, having also raided the Bavarians for key playmaker Toni Kroos earlier in this transfer window.