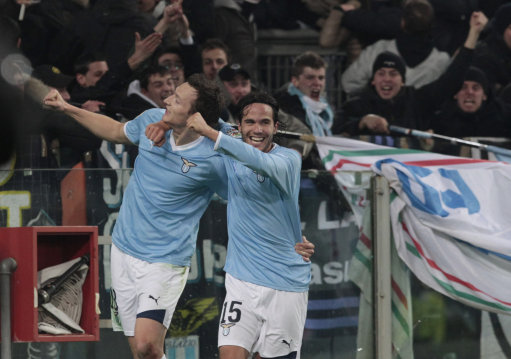 Southampton are set to continue with their summer transfer spending, with the Mirror reporting that Ronald Koeman’s men are set to spend £8 million on midfielder Alvaro Gonzalez from Serie A outfit Lazio.

The Uruguayan international, who played in all four of his nation’s matches at the 2014 FIFA World Cup, is known as a solid and reliable performer who would help to shore up the Southampton side after a number of high profile summer departures.

New Saints manager Koeman has already secured deals for the likes of Dusan Tadic, Fraser Forster and Graziano Pelle this summer, all of whom made their debuts at Southampton were narrowly beaten by Liverpool at Anfield yesterday, but will feel that more reinforcements are necessary at St. Mary’s.

Alvaro Gonzalez has adapted well to European football since his arrival from Nacional in 2010, having also played for Defensor Sporting and Boca Juniors, making almost 100 Premier League appearances in midfield for Lazio in Serie A.

Koeman will also feel that the signing of the versatile Gonzalez, who can also play at right back as well as across midfield, will make his side less susceptible to injury and suspension.