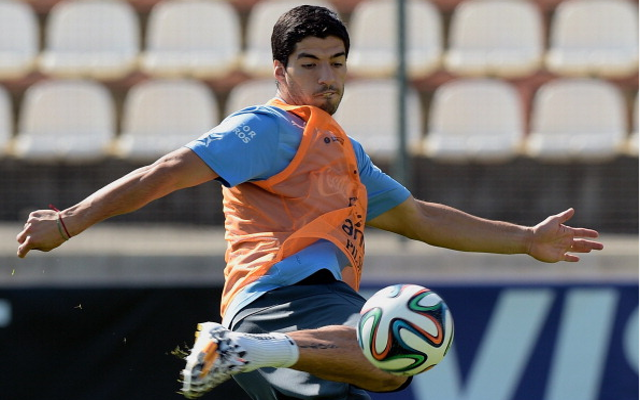 All the latest headlines from the newspapers in Spain as Barcelona coach Luis Enrique could be set to unleash his new attacking trident on Monday.

– Cristiano against the wall.

– Atletico Madrid have only let in one goal in pre-season as the Madrid rivals prepare to clash in the first leg of the Spanish Super Cup on Tuesday night.

– MSN debuts. Lionel Messi, Luis Suarez and Neymar could match up together today as Barcelona participate in the Gamper Trophy.

– Mestalla in a state of happiness. Valencia defeat Milan 2-1 in pre-season friendly and the optimism within the club continues to grow ahead of the new campaign.

– The Argentine makes a claim and the Colombian has not found his place yet.

– Tomorrow, the first assault for the Super Cup.

– Luis Suarez debuts in the Gamper. It will also be the first game for Neymar and Messi.

– Gabi: ‘This Atletico side has a lot of hunger for titles’.

– Luis Enrique. The Coach injects confidence with a positive speech.

– ‘I am optimistic. We have reinforced a lot and very well’.

– Gamper Trophy. The game will be a serious test for the League and all the stars will play.

– Douglas is not for now. Barca seal the signing of the Brazilian full-back for €8m.

– 24-years-old, he will arrive next season or if Alves goes before that.

– Today a key day to resolve the Real Murcia conflict.