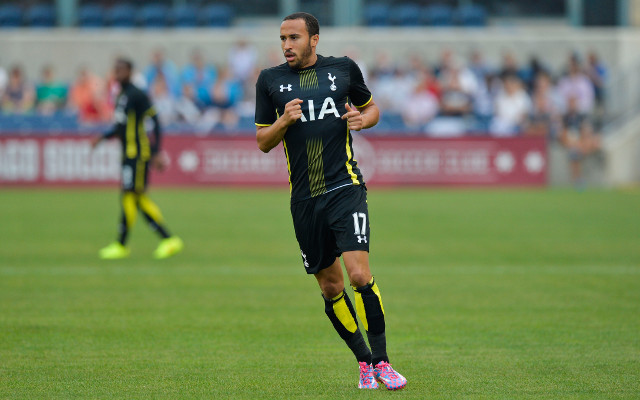 Tottenham Hotspur have knocked back a £10m approach from Southampton for England international winger Andros Townsend, according to the Daily Star.

Saints used the offer to turn the tables on Spurs, who still want to prise midfielder Morgan Schneiderlin from St Mary’s.

However, new Spurs boss Mauricio Pochettino is not thought to be willing to part with the winger and is actually rather looking forward to working with him.

The England international is also said to be keen on staying put and fighting for his place in the side and establishing himself as a first team regular.

Ronald Koeman could now turn to Lazio midfielder Alvaro Gonzalez in his hunt for Saints’ eighth summer signing, though it remains to be seen whether he will come back with a more tempting offer for 24-year-old again before the transfer window shuts.

Lazio want £8m for the talented 29-year-old, who played in all four of Uruguay’s World Cup matches earlier this summer.

Koeman has already spent £47m since replacing the Argentine tactician in the St Mary’s, but is still desperate to add to his depleted squad while there is still time to do so.