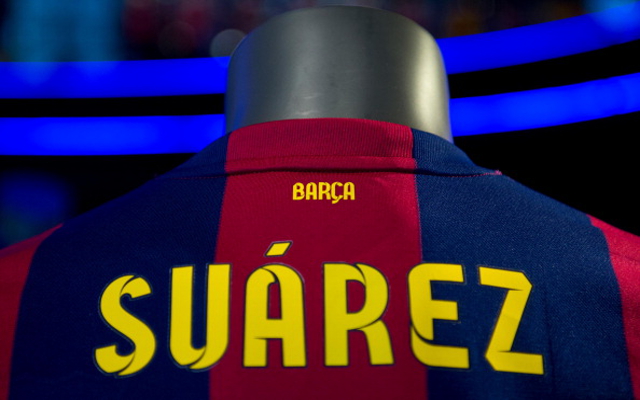 Spanish big guns Barcelona are dismissing Liverpool’s claims that they paid £75m for striker Luis Suarez last month and have instead insisted that they coughed up somewhere nearer the £65m mark instead, according to the Metro.

Suarez’s switch to the Nou Camp is the highest profile transfer of the summer so far, and after finally being allowed to be presented by Barca, they’ve decided to do some boasting.

The Catalan giants are saying that despite reports form Liverpool claiming that they agreed to meet the player’s buyout clause, they actually paid £10m less than the stated fee.

And in a further dig at the Reds Mestre then claimed that the price was so low because of the player’s desire to leave Anfield in favour of a move to the Nou Camp.

Liverpool still maintain that they received top dollar for their star man, but Barca have a reputation for driving down the price of players, so it’s difficult to tell who is quoting the correct fee.

SEE ALSO: The 50 Premier League Predictions of the final standings in 2014/15!
SEE MORE: Best strikers in the world