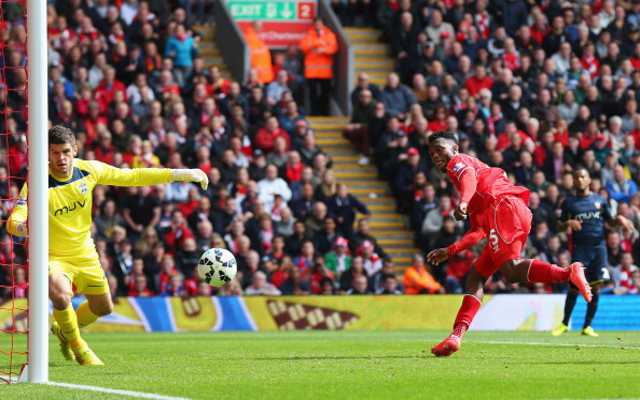 Anfield star believes the club have as good a chance as anyone.

Liverpool striker Daniel Sturridge believes that the club are already showing they have have what it takes to claim the Premier League title this season, according to the Daily Star.

The Reds had to dig deep to KO Southampton on Sunday thanks to goals from Raheem Sterling and Sturridge cancelling out Nathaniel Clyne’s thunderous strike for the Saints.

Some fans have said that the club did not take to the game with the usual attacking verve that they became known for last term, but Sturridge believes that the club have the fighting qualities needed to fight for top honours and keep their spot in the Champions League next season.

“It’s very important for us to do the same this year, to show resilience and have the mentality to show we can fight as a team.

“In these instances, when we play against teams that are going to make it very difficult for us to break them down, we have to try and find different ways to win games.

“Whether it be individual brilliance, poacher’s goals, a set piece or something.

“It doesn’t matter how, we have to win these games by any means possible.

“This showed we can win the dirty games as well as playing the nice football, with the intricate moves and the one-twos around the box.”

SEE ALSO: The 50 Premier League Predictions of the final standings in 2014/15!
SEE MORE: Best strikers in the world