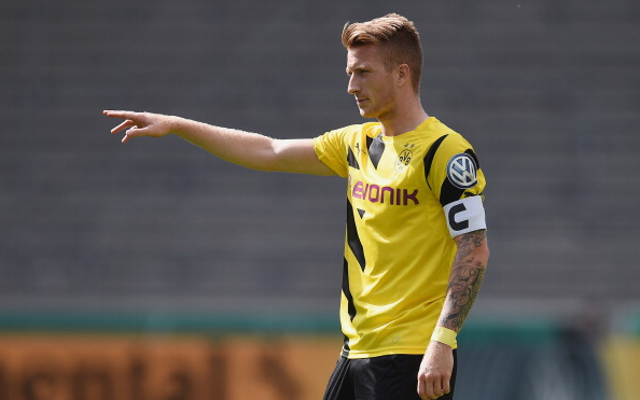 German football legend Franz Beckenbauer has admitted that highly sought after attacker Marco Reus could still join Manchester United, according to the Metro.

Borussia Dortmund appear to be keeping him for now but Germany legend Franz Beckenbauer seems to think he’ll be on his way next summer and cites United among his likely destinations.

The former international, who has guided his country to World Cup victory both as a player and as a coach is now the president at arch rivals Bayern Munich, and admitted that the current Bundesliga champions are also in the running alongside the Red Devils.

“If you can get a player of his class, you need to try it,” he said.

“I am sure: if he doesn’t go to Bayern in 2015, he will probably go to another big international club such as Real Madrid or Manchester United.

“Dortmund are unlikely to be able to hold on to him.”

It is believed that Reus has a release clause of around £20m installed in his contract that will come into effect next year, which has encouraged some of Europe’s top sides to sting into action.

Bayern and Dortmund have a fractious relationship after the Bavarians signed Mario Gotze and Robert Lewandowski in the last two summers, and because of that Beckenbauer’s comments will likely be most unwelcomed by Dortmund officials.