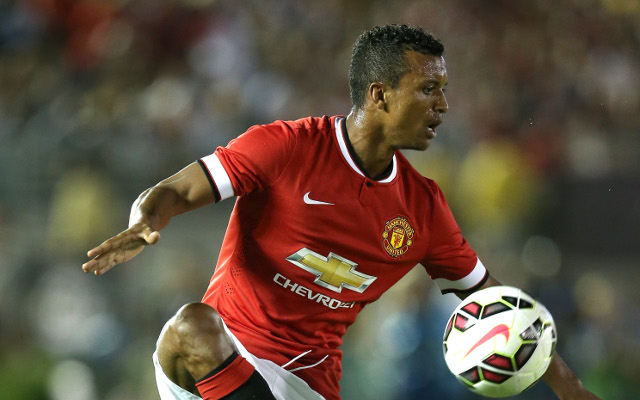 Man United winger Nani is apparently ‘hours away’ from completing a return to his former club Sporting Lisbon according to Portuguese source Abola.

The 27 year old is set to move back to his former Primeira Liga side as part of a move that will see Argentine defender Marcos Rojo move to Old Trafford.

Nani’s move to the Estádio José Alvalade is initially a temporary one though one imagines that his season long loan deal could lead to a permanent switch.

Louis van Gaal appears ready to use Nani as bait in his pursuit of much needed defensive reinforcements, such has the wide-man’s status at the Premier League side diminished.

Nani had one last chance to prove his worth, coming on for the second half of Man United’s opening day defeat to Swansea City, and it appears that he didn’t do enough to convince van Gaal of his value to the club.

Sir Alex Ferguson signed Nani back in June 2007 and was initially overshadowed by the displays of his fellow countryman Cristiano Ronaldo.

Nani did show signs of real quality in patches, finishing the 2010/11 season as the Premier League’s leading assist maker, but has flattered to deceive in recent seasons.