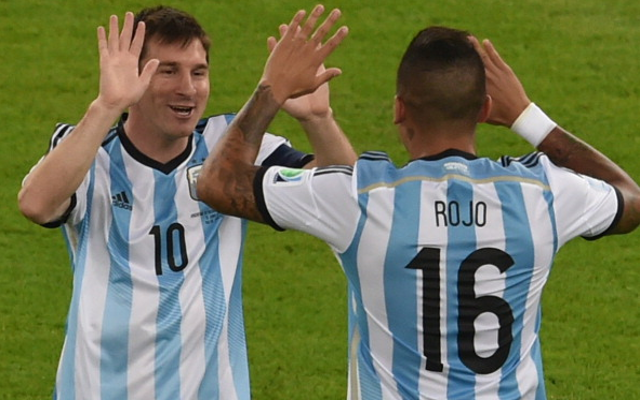 Argentine defender on his way to Old Trafford.

Sporting Lisbon defender Marcos Rojo has confirmed that he is set to move to Man United according to the Metro.

The 24 year old will seemingly move to Old Trafford in a deal that will cost Man United £15.9m and will see Nani move to his former club on a loan deal.

Rojo has stated his excitement at joining the Premier League side during an interview with an Argentine radio station;

‘United are a fantastic club. I spoke to Juan Veron about his opportunity and he gave me some advice. It wasn’t easy to leave Sporting.’

The World Cup star can play either at left-back or in a central defensive role and one can imagine that Dutch boss van Gaal would like chief executive Ed Woodward to bring in another one or two additions before the transfer window slams shut, especially after his side’s poor opening day defeat to Swansea City.