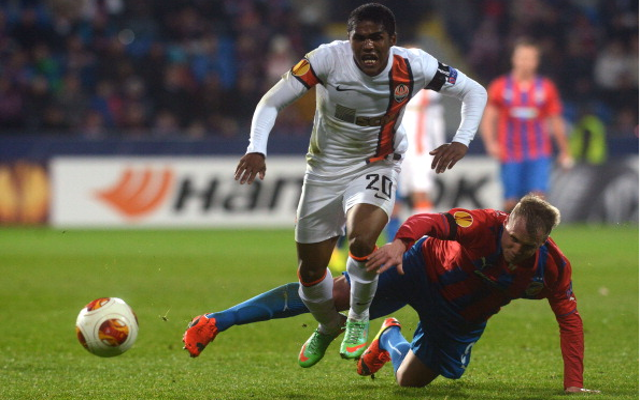 Emirates Stadium side on alert as long term target is made available.

Arsenal have been given the ‘green light’ to make a move for Shakhtar Donetsk star Douglas Costa after the player’s manager stated they would not stand in the way of his imminent exit according to the Metro.

Arsene Wenger is known to be interested in the 23 year old and recent speculation has stated that a loan deal may be in the offing.

The north London side have failed with two previous offers but seemingly a third may prove fruitful.

‘I am sure that things will come to the fore in the next few weeks,’ said manager .

‘It’s normal that players will want to leave at some point.’

Shakhtar have slapped a fairly hefty £40m price-tag on Costa, hence the more likely loan move, though this source seeks to tie in a move for the attacking midfielder with the future of Lukas Podolski, suggesting that if the German were to be sold then a bid to land the former Gremio man on a permanent basis would be more likely.