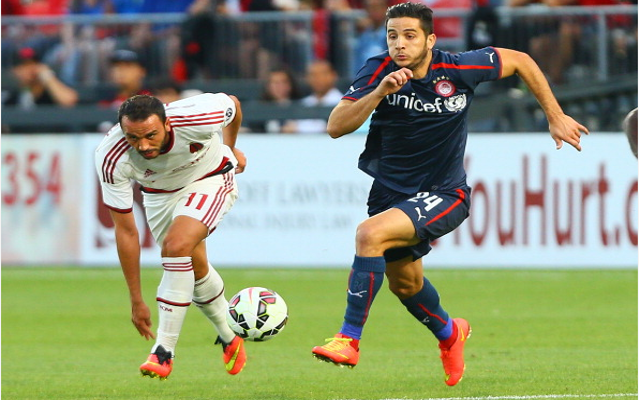 Emirates Stadium side set to bring in defensive reinforcements.

Arsenal are closing in on the signing of Olympiakos defender Kostas Manolas with the Metro claiming the Greek international is set to undergo a medical with the north London club.

The 23 year looks all set to complete a £6m move to the Emirates Stadium where he will provide Arsene Wenger with much needed defensive cover following the sale of Thomas Vermaelen to Barcelona.

The Gunners have been in ongoing negotiations for a number of weeks, and the Premier League side know Athens based side Olympiakos well from their dealings with the Greek champions last summer when they loaned Joel Campbell to the club, and a move appears to be on the cards.

Wenger will look to Manolas to act as a back-up to the club’s first choice central defensive pairing of Laurent Koscielny and Per Mertesacker.

It should be noted that teenager Calum Chambers has shown maturity beyond his years during his last two starts for Arsenal and as such a move for Manolas may only be seen as a safety measure.