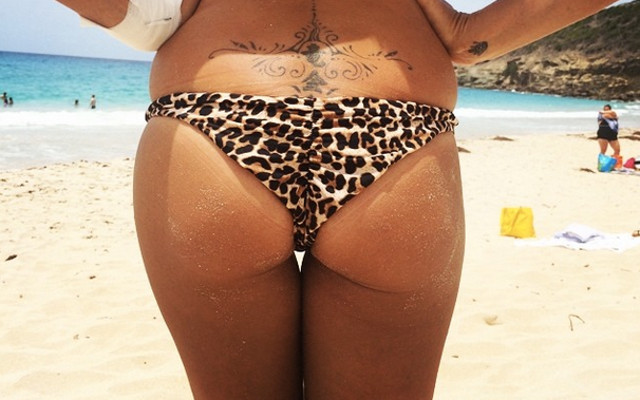 Jessica Pires, wife of former Arsenal midfielder Robert Pires has been working hard in the gym over the past few months.

She took to Instagram to show off the results, focusing on the perkiness of her bottom.

The left is before and the right is after.

Jessica uploaded the pictures to Instagram, along with the message: “Before/After !! Thanks to macrobiotic ! New way of eating and thinking! Some squats too! Yoga and Pilates saved me ! Scretching is the most important after a good training session!”