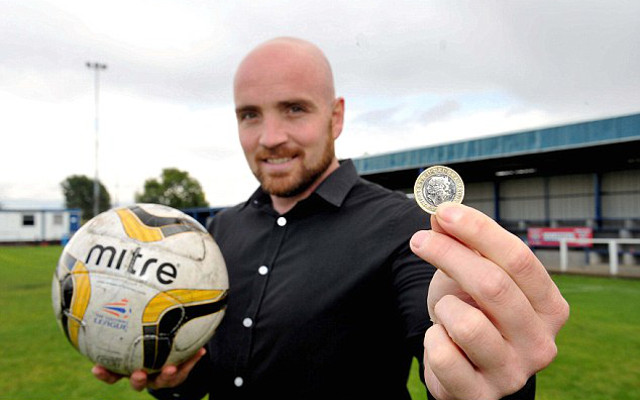 Hull United bait Hull City fans with free football and money for nothing.

Hull United AFC owner Jamie Waltham, who is also the club’s manager, has promised to pay £2 to every fan who attends his side’s next home game.

Waltham, 33, is hoping to attract Hull City supporters who are disgruntled with the high cost of following a Premier League team.

He is quoted by the Daily Mail as saying: “Everyone in Hull is really proud of what Hull City have achieved.

“But I speak to a lot of people who feel priced out and prices go through the roof when you are in the best league in the world.

“I’ve felt for a long time we needed a top non-league club and that’s our goal. Hull City started a long time ago by people playing at a similar level of football so I see this as the beginning of a journey for us and the fans that come along.

“I’m offering £2 to everyone that comes through the door, but if people come in and spend £4-5 then we could make a bit of money. We are doing pints of beer for £2, food at discounted prices and we want it to be as affordable as possible.

“If 500 people come through the door then I’ll pay out £1,000 because I feel that sometimes you have to give before you get back. It’s about offering an alternative and an incentive to come down and watching something a little bit different.”

Hull United currently play in the Humber Premier League, but Waltham has dreams of one day competing in the Football League.

They began the season with a 3-0 at Hessle Rangers.

Tonight, they host Hedon Rangers. Get on down if you fancy a free game of football and a £2 profit.