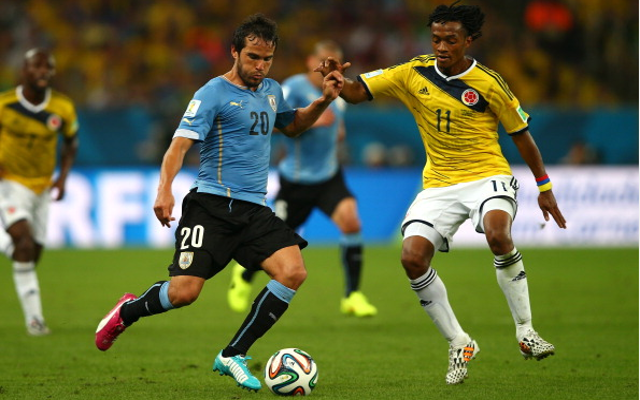 Having seen his Southampton squad decimated by player sales barely days since taking over at St Mary’s it appears that boss Ronald Koeman is looking to redress the balance.

The Dutchman is looking to secure the signing of Uruguayan international Alvaro Gonzalez according to the Daily Mirror with an £8m bid in the offing.

The 29 year old featured in all of his nation’s World Cup fixtures in Brazil and is a player who can offer Southampton an option in a variety of roles.

The Lazio man can play in a central midfield role but is most adept in a right-sided position, be that at full-back or as a winger.

Koeman may see Gonzalez as a player who can fill the slot left by Calum Chambers, with the right-back moving to Arsenal earlier this summer, though the Serie A star is a versatile player who can happily fill a number of roles in the Southampton starting eleven.

As well as the aforementioned Chambers the south-coast side have lost the services of Adam Lallana, Dejan Lovren and Rickie Lambert, who all moved to Liverpool whilst Luke Shaw joined Man United.