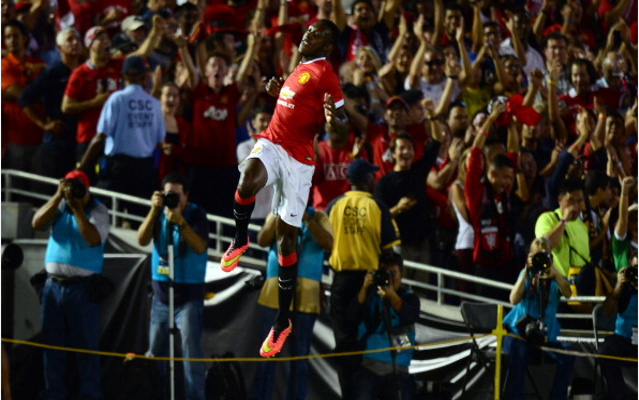 Sunderland boss Gus Poyet has set his sights on Man United forward Danny Welbeck according to the Daily Mail.

The Stadium of Light side had hoped to bring in Italian international Fabio Borini, who enjoyed a season long loan deal at the club last term, but having agreed a £14m fee with Liverpool the former AS Roma the Black Cats have been unable to convince the Anfield man to make the move.

Welbeck may struggle for a consistent berth in Louis van Gaal’s starting eleven and at the age of 23 may feel that his career progression could benefit from regular action he would undoubtedly receive at Sunderland.

Last term was Welbeck’s most prolific to date, the England international scoring nine goals despite only 15 of his 25 Premier League appearances in 2013/14 being starts.

Welbeck was a key part of Roy Hodgson’s 2014 World Cup finals set-up but he will once again find himself firmly behind Robin Van Persie and Wayne Rooney in the Man United pecking order and should van Gaal land any new targets in the summer transfer window his chances would further diminish.

Hull City had reportedly tabled a £12m bid for Welbeck earlier this month but a move to Sunderland could prove more tempting for the player who spent the 2010/11 season on loan at the north-east side.