Ten great players who have struggled during their time with Barcelona…

Former Barcelona midfielder Cesc Fabregas put in a Man of the Match Performance on his Premier League debut with Chelsea on Monday evening, proving that he’s still the world class player English supporters will remember from the Spaniard’s time with Arsenal.

Over the years, many big name, big reputation players have struggled to adapt to life with the Catalan giants. In more recent times, that has been partly down to the dominance of Lionel Messi as the club’s standout player, with other stars not given as bigger platform to shine.

Here are ten exceptional talents that did not quite live up to expectations at the Camp Nou: 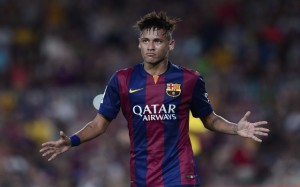 It is probably a little early to call Neymar a Barcelona flop, but the Catalan giants will certainly have been underwhelmed with the Brazilian’s first season at the club. The 22-year-old scored just nine league goals, despite being ranked as the sixth best player in the world by the Guardian in December 2013.