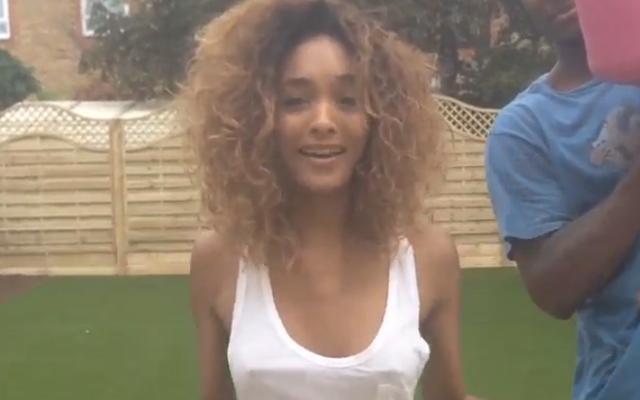 Jourdan Dunn, the supermodel girlfriend of Liverpool striker Daniel Sturridge has become the latest celebrity to give the ALS Ice Bucket Challenge a go.

Miss Dunn, who was nominated by Rita Ora, did not wear a bra for the activity and it is fair to say that she was feeling the cold.