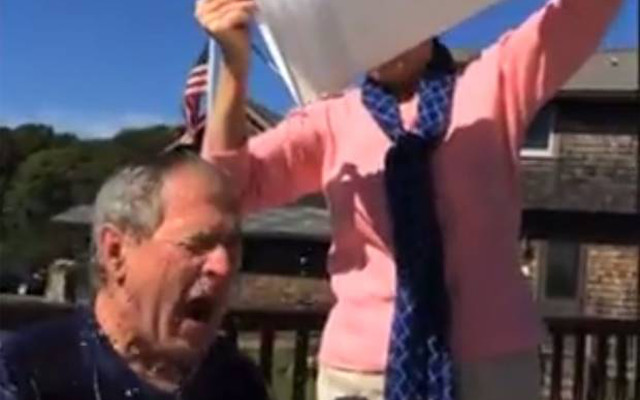 The ALS Ice Bucket Challenge, a movement to promote awareness of amyotrophic lateral sclerosis, soared to new heights on Wednesday as former president of the USA George W Bush got soaked in super cold water.

George W had been nominated by, among others, Rory McIlroy.

After being soaked by his wife, Mr Bush went on to nominate Bill Clinton.