On Wednesday several sources, including the Daily Express, reported news of the Reds making a £17.5m offer for the former Manchester City forward, as manager Brendan Rodgers continues his hunt for a world class centre forward to replace the departed Luis Suarez.

CaughtOffside takes a look at five striker’s that could fill the void left by the Uruguayan superstar at Anfield, as well as their respective pros and cons: 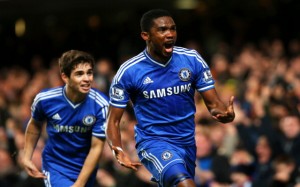 Pros: An experienced stop-gap player who would be useful short-term addition for Liverpool while they look at other targets, as Chelsea did last season. A proven finisher who is calm in possession, he could be a decent impact player.

Cons: Will be 34 in March and is well past is best. Having already signed Rickie Lambert, Liverpool do not need another aging striker who can come off the bench, they need a world class centre forward who can replace Suarez.