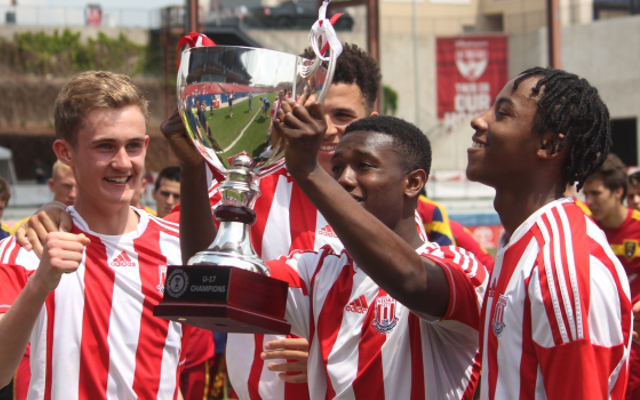 Potters pass Liverpool to death, then pounce in thumping win at youth level.

Long criticised for their direct ‘rugby-like’ style of football, Stoke City are rarely spoken of highly outside of Staffordshire.

However, manager Mark Hughes is revolutionising the Potters brand.

The club’s youngsters are currently top of the Barclays Under-18 Premier League, having begun the new season with a 7-1 win over Liverpool.

Stoke’s fourth goal in that game saw them complete 23 passes before hitting the net.

Check out the dazzling move below.