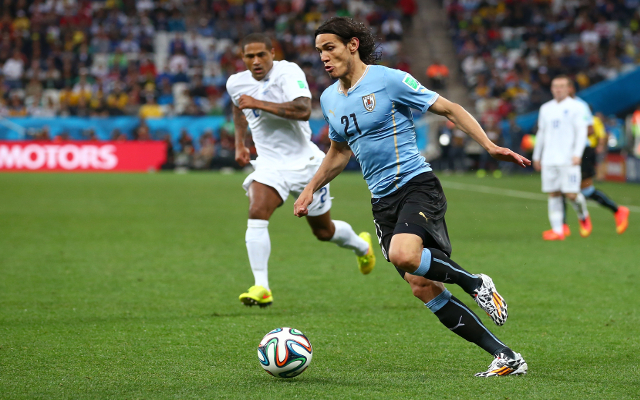 Arsenal are reportedly putting together an offer of £32m plus striker Olivier Giroud in a bid to land Edinson Cavani, according to the Metro.

Cavani has been rumoured to be a transfer target for Gunners boss Arsene Wenger and he has been boosted by suggestions that the Uruguayan wants to quit PSG this summer.

With the end of the transfer window fast approaching, French news website Sport.fr reports that the Gunners are poised to finally make a surprise player-plus-cash offer to bring him to the Emirates Stadium.

It is believed that Arsenal are willing to put together a £50m package to land his signature which will include £32m in cash plus France international Giroud.

However, it is not clear whether the Ligue 1 champions will allow the Uruguayan ace exit the Parc des Princes just yet following the injury sustained by star man Zlatan Ibrahimovic last weekend, but Giroud would represent a cheaper alternative to Cavani, which would allow the club to lower their wage bill.

Arsenal have been linked with a host of top strikers this summer from Loic Remy to Mario Balotelli.