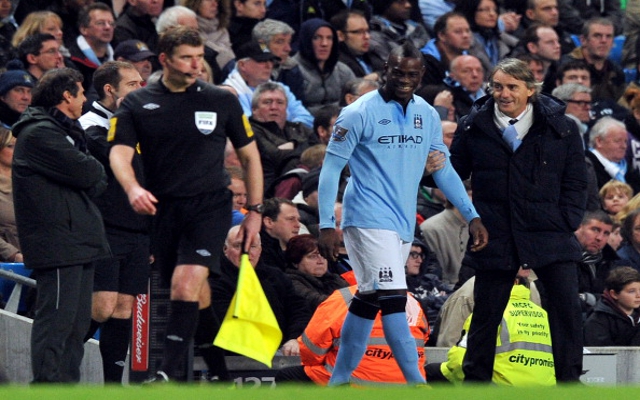 Former Manchester City manager Roberto Mancini has tweeted a good luck message to Mario Balotelli, who is on the verge of signing for Liverpool in a £16m transfer from AC Milan.

Balotelli, 24, headed to Merseyside earlier today to undergo a medical with the Anfield outfit after the two clubs agreed a fee.

Mancini, who is currently out of work after being dismissed by Galatasaray in June, was in charge at the Etihad Stadium when Balotelli moved to City from Inter Milan in 2010.

The pair helped the club win its first ever Premier League title in May 2012.

Mancini, who also led City to an FA Cup triumph in 2011, was sacked by the Sky Blues at the end of the 2012-13 season, after finishing second in the top flight.