Arsene Wenger’s side showed great character to rescue a point after a shocking first half display.

A mistake at the back left an unmarked Seamus Coleman free to head home before a distinctly offside goal from Steven Naismith saw the home side go in two nil up at half-time.

Arsenal had plenty of the possession but were not managing to penetrate the Toffee’s decent before a double a superb late salvo saw Aaron Ramsey tap in from close range and Olivier Giroud grab a superb headed equalizer very late on.

Pole was not at fault for either goal and had little else to do except pick the ball out of the back of the net.

Fairly lacklustre display from the Frenchman, unable to get into the play going forward and not very impressive on the back foot.

A real threat going forward and provided a superb cross for Olivier Giroud’s goal but not to convincing at the back. 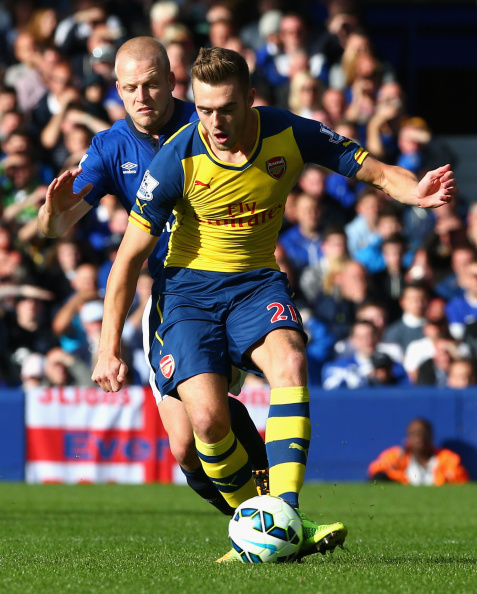 The youngster had impressed in previous outings but looked way out of his depth today making silly errors and frequently being overrun.