Emirates Stadium side in advanced talks with Old Trafford outfit.

Arsenal are closing in on a surprise deal to sign Man United striker Danny Welbeck with Arsene Wenger in advanced talks with the Old Trafford side.

Dutch boss Louis van Gaal has informed the England international that he is not a key part of his first team plans and is looking to sell the 23 year old before the summer transfer window closes.

Wenger is known to be an admirer of the adaptable attacker and hopes to lure the Man United man to north London where he will help to strengthen his options in the final third.

Welbeck had his most productive season to date in 2013/14, this despite his Man United side struggling for form, netting nine goals from 15 Premier League starts before playing a prominent role in Roy Hodgson’s 2014 World Cup plans. 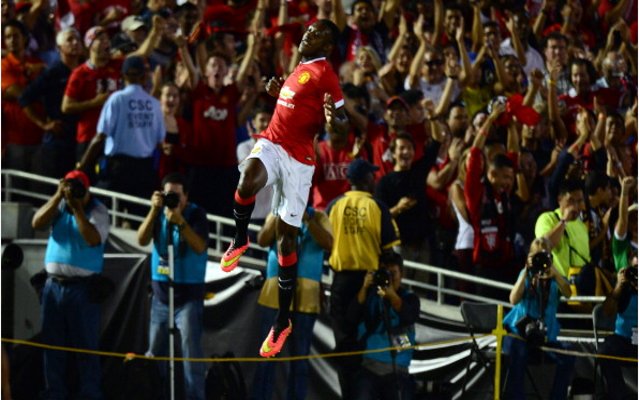 Arsenal were overly reliant on Olivier Giroud in the central striking role last season and though Alexis Sanchez’s arrival from Barcelona helps to beef up the Gunners attack it appears that Wenger feels he needs further additions in this regard.

Indeed Wenger may be ready to listen to offers for experienced German international Lukas Podolski, who has failed to deliver during the course of his two seasons at Arsenal, and could look to use funds from the sale of the World Cup winner to invest in Welbeck.

Welbeck may well be tempted by the prospect of a move to Arsenal, especially if he feels confident of his chances of forcing himself ahead of Giroud in the Emirates Stadium pecking order.

Danny Welbeck can be used in either a wide or orthodox striking role and Arsenal will table an opening £9m bid for his services and that may just prove enough to persuade Man United to sell to their Premier League rivals.