Manchester United have made another offer for Juventus midfielder Arturo Vidal, with a decision on the player’s future expected to come in response ‘early next week’.

The Red Devils have been strongly linked with the impressive Chilean international for much of this summer’s transfer window, and they may soon learn if they have any chance of signing him after lengthy negotiations with the Italian giants.

There has been much talk of big-money transfer fees and possible player exchanges, and it is now claimed that United have made a latest cash-plus-player offer, though it may prove to be unsuccessful as the player in question is not Javier Hernandez, one of those requested as an option by Juve themselves.

In a series of tweets, respected Italian football insider Tancredi Palmeri gave an update on this long-running transfer saga and recent developments. 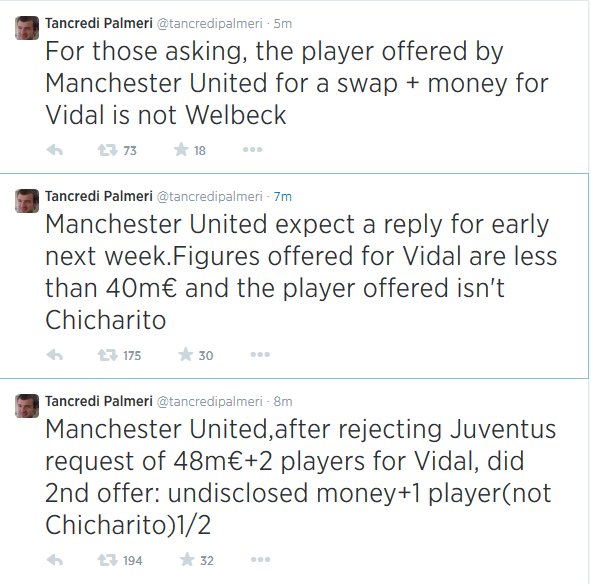 United have been after a new midfielder for much of the summer, having also reportedly missed out on the likes of Toni Kroos, who joined Real Madrid from Bayern Munich.