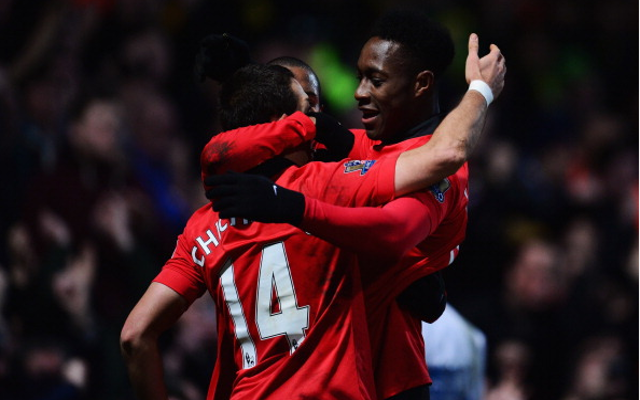 Everton could be lining up another big-name move in the transfer market this summer as they show an interest in Manchester United striker Danny Welbeck, according to the Daily Telegraph.

The 23-year-old forward, valued at around £15m, is supposedly surplus to requirements at Old Trafford as Louis van Gaal looks to trim down his squad for the season ahead, and this has alerted a number of Premier League sides.

Arsenal and Tottenham Hotspur are also believed to be among his main suitors, but Everton could make him their latest ambitious signing either on loan or on a permanent deal.

The Toffees have made one of the most high profile signings of the summer with their £28m purchase of Belgian starlet Romelu Lukaku from Chelsea, and the addition of Welbeck to partner him upfront would be another significant move in the team’s quest to break into the top four.

Playing some wonderful football under Roberto Martinez last season, Everton finished fifth in the Premier League, and Welbeck may well be tempted by an offer from Goodison Park, with the Merseysiders looking like a club on the up at the moment.