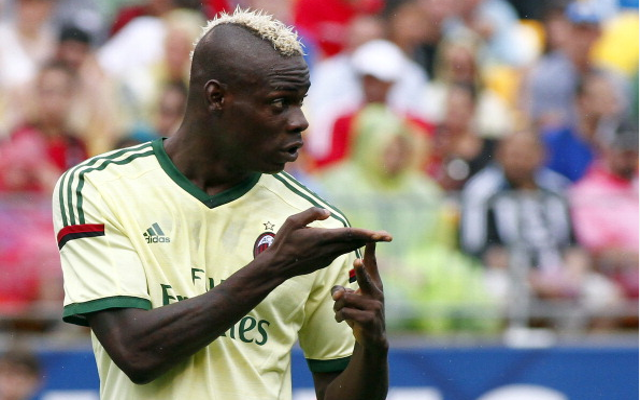 All the latest headlines from the newspapers in Italy as AC Milan target a replacement for Mario Balotelli including Chelsea and Roma stars.

– Samuel Eto’o and Alvaro Negredo are also on the radar, but they pause to consider Alessio Cerci.

– Silvio Berlusconi’s 90 minutes at Milanello: ‘I believe in Pippo’.

– ‘How will we deal with him? In life you have to take risks’.

– Antonio Cassano, another row in the locker room and Parma could get rid of him.

– Milan get shaken up by Silvio.

– Berlusconi arrives to demand rules and effort from Inzaghi and his squad.

– Race for a striker sees a no for Jackson Martinez and Destro.

– The dream is Falcao, but he’s expensive.

– Tonight they face Allegri and Juve want to win.

– All-clear for the stadium.

– Atletico are back, Real and Ancelotti ko.

– Tonight the Trofeo TIM with Milan and Sassuolo.

– Juve, how good are you? First real test a week before the start of the season, immediately Massimiliano Allegri faces Inzaghi.

– Bianconeri find Arturo Vidal after his injury and the World Cup, meanwhile Man Utd press for the Chilean.

– Squinzi, patron of Sassuolo: ‘I am supporting Allegri and will give him Berardi’.

– Milan look to Destro, but the dream is Falcao.

– Napoli leap for Muriel, so will Insigne leave?

– Chievo: Cofie and even Schelotto.