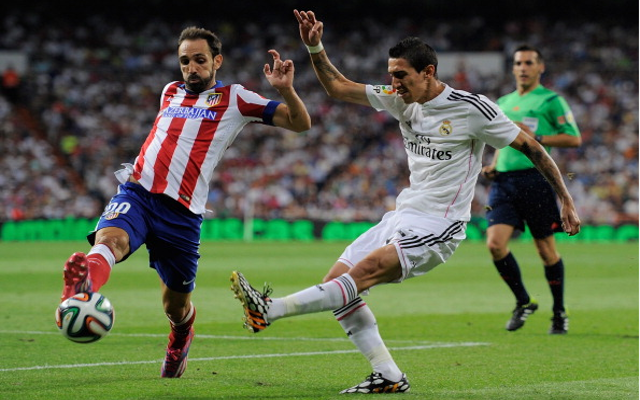 Man United’s ongoing pursuit of Real Madrid winger Angel di Maria is set to enter a new phase with the Daily Star claiming that the Premier League side are set to launch a massive bid for the Argentine.

Louis van Gaal is clearly looking to improve his wide-attacking options and his Old Trafford side are ready to smash their club record transfer fee in pursuit of the 26 year old.

Man United will offer a massive £56m for the Bernabeu star, a bid that would surely be tough for the Spanish giants to turn down, and will hand di Maria a four year contract.

This source claims that the bid will be tabled within 24 hours and given that Carlo Ancelotti opted to not field the former Benfica man in his starting eleven for the second leg of the Spanish Super Cup last night one assumes the La Liga side may be ready to sanction a sale.

Real Madrid have spent a great deal this summer, bringing in World Cup stars James Rodriguez, Toni Kroos and Keylor Navas, and as such may look to balance the books.

Di Maria’s first team chances will no doubt limited following the arrival of Colombian Rodriguez, this despite the fact that the wiry attacker finished as Real Madrid’s leading assist maker last term, providing a very healthy 22 assists in all competitions.