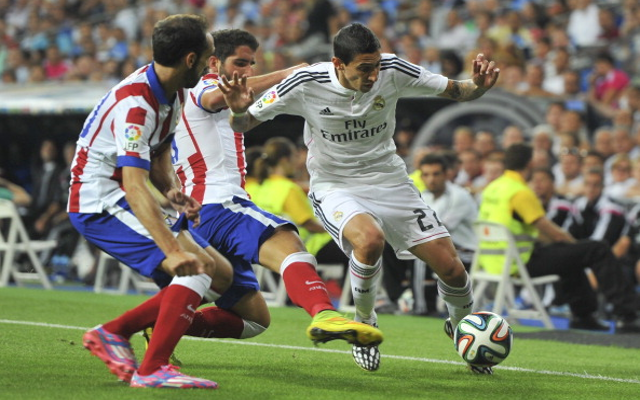 The Old Trafford side will hand the 26 year old their number seven shirt number and will pay a club record £48m for the Argentine international.

The former Benfica man has been strongly linked with a Bernabeu exit for some weeks and the arrival of James Rodriguez from AS Monaco appears to have been the death knell to his time at the Spanish giants.

Carlo Ancelotti may well have been forced to offload a player or two in order to aid the La Liga side’s chances of adhering to UEFA’s FFP (Financial Fair Play) guidelines having spent almost £100m on the aforementioned Rodriguez as well as German midfielder Toni Kroos and Levante keeper Navas Keylor.

PSG had also been pursuing di Maria but by all accounts the World Cup star was more interested by Man United’s approach and will hand the club the chance of completing the ‘Marquee’ signing that helps to erase the memory of last season’s disastrous seventh place finish.

Real Madrid signed Angel di Maria in July 2010 and has racked up 36 goals in 190 appearances for the club and finished last season as their leading assist maker having provided 22 in all competitions.

One wonders whether the move to bring in Di Maria could signal the likely exit of the likes of attacker Danny Welbeck, who has apparently been told he can leave by boss Louis van Gaal whilst winger Ashley Young could also be fearing for his Man United future.