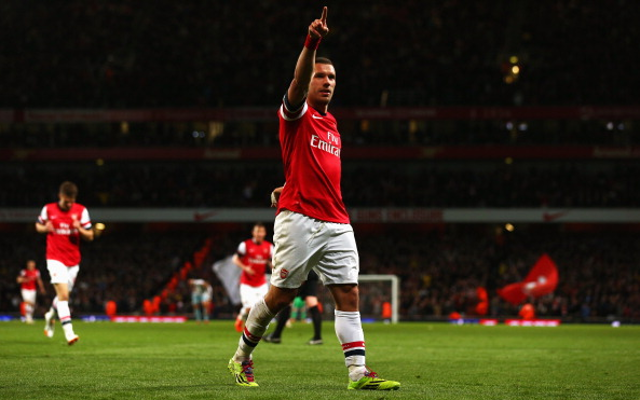 Gunners forward could make surprise move to US soccer.

Arsenal have reportedly set an asking price of £9.5m for German forward Lukas Podolski, who is attracting interest from MLS clubs, according to Bild.

The Gunners are looking to bring in some cash and offload one of the highest earners on their wage bill after a busy summer in the transfer window bringing in big names such as Alexis Sanchez and Mathieu Debuchy.

Podolski has not always been a regular in the Arsenal side since his move from Cologne two years ago, though he is considered something of a fans’ favourite at the Emirates Stadium after some strong displays and memorable goals.

Still, New York Red Bulls and New York City FC are among those eyeing up the 29-year-old as he seems to go up for sale, though it is now claimed that a proposed move to Serie A giants Juventus could be in some doubt.

Arsenal have been linked with further signings of attacking players themselves in recent times, though it may be that Podolski will be allowed to make way as Arsene Wenger seeks to promote promising youngsters Yaya Sanogo and Joel Campbell into his first-team plans on a more regular basis this season.