Chelsea look set to push through the sales of two first-team regulars before the end of the summer transfer window next week, with Jose Mourinho looking to trim down his squad for the new season ahead.

The Blues have been busy in the transfer market this summer, with plenty of players moving in and out of the club as Mourinho’s squad starts to take some shape after the Portuguese coach admitted to struggling with the group of players he’d inherited from his predecessor Rafael Benitez last season.

Chelsea finished third in the Premier League and without a trophy, leading to several big names including David Luiz, Demba Ba and Romelu Lukaku to be sold, while senior squad members Ashley Cole and Frank Lampard left at the end of their contracts.

Big names such as Diego Costa, Cesc Fabregas and Filipe Luis have since been brought in, while club legend Didier Drogba has also returned to Stamford Bridge on a free transfer and promising youngster Thibaut Courtois has returned to the club after three years out on loan with Atletico Madrid – and it is these signings that look to have pushed these two players out of the exit door: 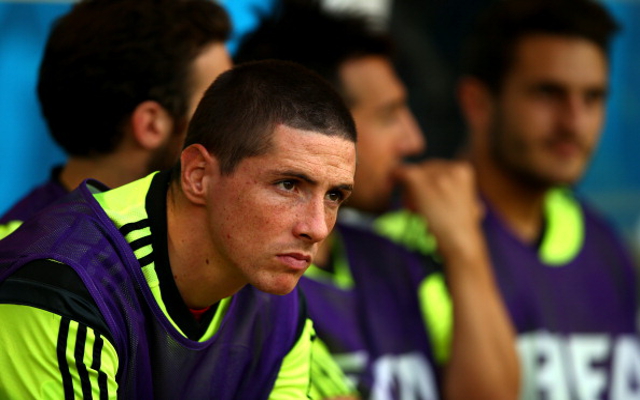 Chelsea boss Mourinho has refused to rule out the sale of unsettled Spanish striker Fernando Torres after he was left out of the team’s squad altogether for their home game against Leicester City on Saturday, GetWestLondon reports.

The 30-year-old has been linked with a host of top clubs in recent times after falling out of favour at Chelsea, and an exit now seems all the more likely with new signings Costa and Drogba ahead of him in the pecking order.