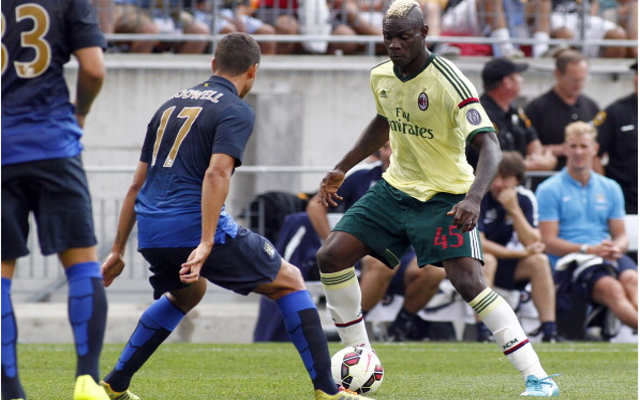 Former Liverpool manager Graeme Souness has warned the Reds against taking the “enormous gamble” of signing Mario Balotelli, report the Mail, as a move for the maverick Italian from AC Milan edges closer.

Souness believes that team spirit at Anfield may be harmed, with manager Brendan Rodgers potentially having to dedicate more time to keeping the madcap forward in check, at the expense of the rest of what seems to be a settled squad:

“The harmony looks good but he may find, like every previous manager of the Italian, that he will spend more time talking about Balotelli, spending time with him and defending him, than he will the rest of the group put together.”

The former Blackburn Rovers and Newcastle United manager also suggested that the gamble of signing Balotelli would be one that Liverpool do not have to take:

“It’s an enormous gamble by Rodgers, a gamble I don’t think he needs to take because he has a very strong group of players.”

Despite an unquestionably significant amount of natural ability, Balotelli’s career to date has been marred by disciplinary issues during his time with Inter Milan, Manchester City and AC Milan.

He also clashed with former managers Jose Mourinho and Roberto Mancini, whilst he also got into a training ground scrape with defender Micah Richards whilst at Eastlands.

On the field, however, he is capable of being a match winner, with his two-goal performance in City’s 6-1 demolition of Manchester United at Old Trafford being a particular highlight of his spell with the club.

Read more about Balotelli to Liverpool.