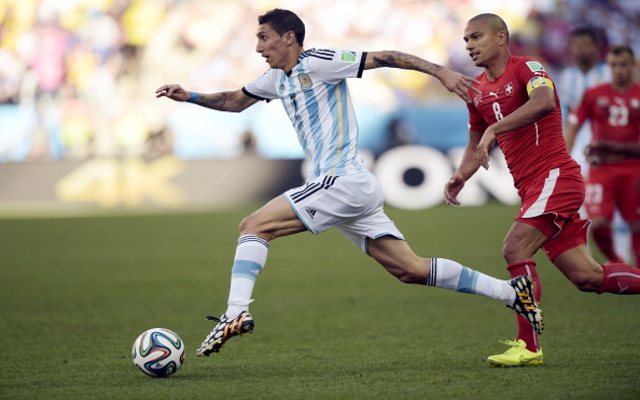 ESPN’s Real Madrid correspondent Nicholas Rigg has tweeted a picture claiming to show that Angel Di Maria is absent from training with the Spanish giants today.

The Argentine winger is being strongly tipped to join either Manchester United or Manchester City in the next few days, and may now be closing in on a move away from the Bernabeu after not being involved with training with Carlo Ancelotti’s squad this morning.

Elsewhere, however, Arsenal target Sami Khedira was involved in training despite speculation that he could be nearing a move away from the club as well.

Sami Khedira checked back in though. Ronaldo training with rest of team too #realmadrid