Malky Mackay is among the most controversial Premier League managers…

Former Cardiff City manager Malky Mackay has been left stunned by a series of startling revelations in recent days, that have called into question whether he will ever be able to work in football management again.

Mackay is facing further scrutiny this weekend, following fresh allegations about text messages he is claimed to have shared with Iain Moody while Cardiff manager. His actions have ruled him out of the running for the vacant Crystal Palace manager’s position. 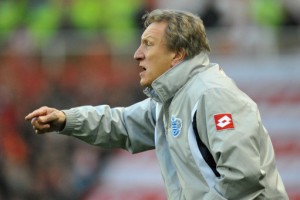 The fiery Neil Warnock first burst onto the Premier League scene with Sheffield United in 2006. Warnock claimed in his autobiography that minutes after their relegation the following year, actor and Blades fan Sean Bean burst into his office in a “foul-mouthed tirade”. Bean denied this, calling Warnock “bitter” and “hypocritical”.